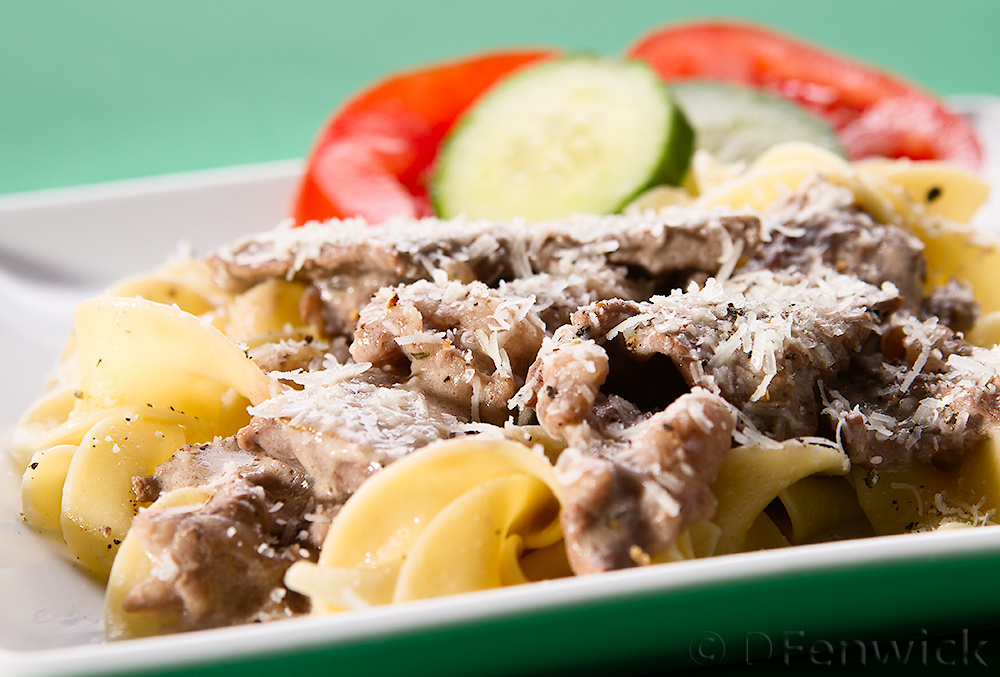 To quote the Bard “What’s in a name?  That which we call a rose. By any other name would smell as sweet”.  I would argue the same could be said of well known recipes.

History pegs this dish as either hitting the culinary scene in the late 1800’s or later in the 1900’s.  It’s made with sour cream (or not), onions or mushrooms (or not), and sometime tomato paste – not!

Our humble version has little in common with the modern version and more akin to the one noted in a Russian cookbook of 1861.  With an eye towards not inflaming the delicate constitution of our home’s inhabitants, our stroganoff began with strips of beef lightly fried (no flour) and then placed into a crockpot set on low for six hours.  The beef was then left to have a “spa day” in a mixture of Burgundy wine and beef stock, one packet of Beefy Onion soup and a tub of Tofutti imitation Sour Cream.  The herbs we used were Rosemary, Thyme and some Savory, all crushed into a fine powder with a mortar and pestle.

It’s up to you what carbohydrate delivers the creamy goodness to your tastebuds – rice, pasta, baked potato or a humble slice of buttered bread.  On a lazy Fall day, this is the perfect recipe to kick back and enjoy a slow cooked meal.